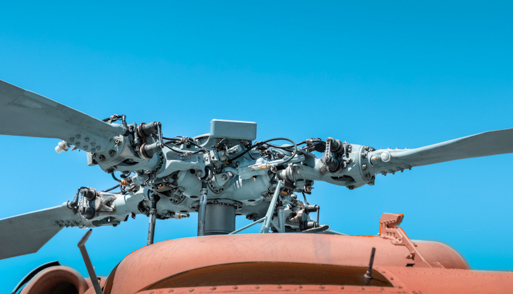 My grandfather was an Air Force helicopter pilot in the Vietnam War, flying the Sikorsky MH-53 Pave Low—more commonly known as the “Super Jolly Green Giant.”  He would pick up wounded soldiers and transport them to medical bases, which routinely put him in dangerous situations.

My brothers and I used to sit around his chair and listen to him tell stories about flying, and loved hearing him talk about the logistics of flying helicopters.

“Planes,” he’d always say, “look like they belong in the air.  Helicopters look like they’re fighting to be there.  They don’t actually fly—they just try to beat the air into submission.”

And just like it is for any vehicle that earns its place so violently, this can lead to a lot of mechanical problems.  My grandpa would say if something on his chopper wasn’t broken, it was probably just about to.

Although my grandpa was in a military situation, civilian qualified pilots can have many of the same problems.  High-priced mechanical problems and injuries to passengers or property damage caused by the helicopter are unfortunately frequent problems that aviation industry workers see.  The other problem is that these little speed bumps are frequently not covered by traditional insurance policies.

That’s where supplemental helicopter pilot insurance comes in handy.  Through XINSURANCE, commercial helicopter pilots can significantly decrease their financial risk.  That way, when you’re out flying on contract work, you can have a personally tailored policy that is affordable, easy to obtain, and a great source of calmness.

Get in touch with an XINSURANCE agent who can help customize your coverage to make sure that the policy works for you.  Not only to keep you from being grounded but also to protect you from enormous financial peril should an incident occur when you’re flying.