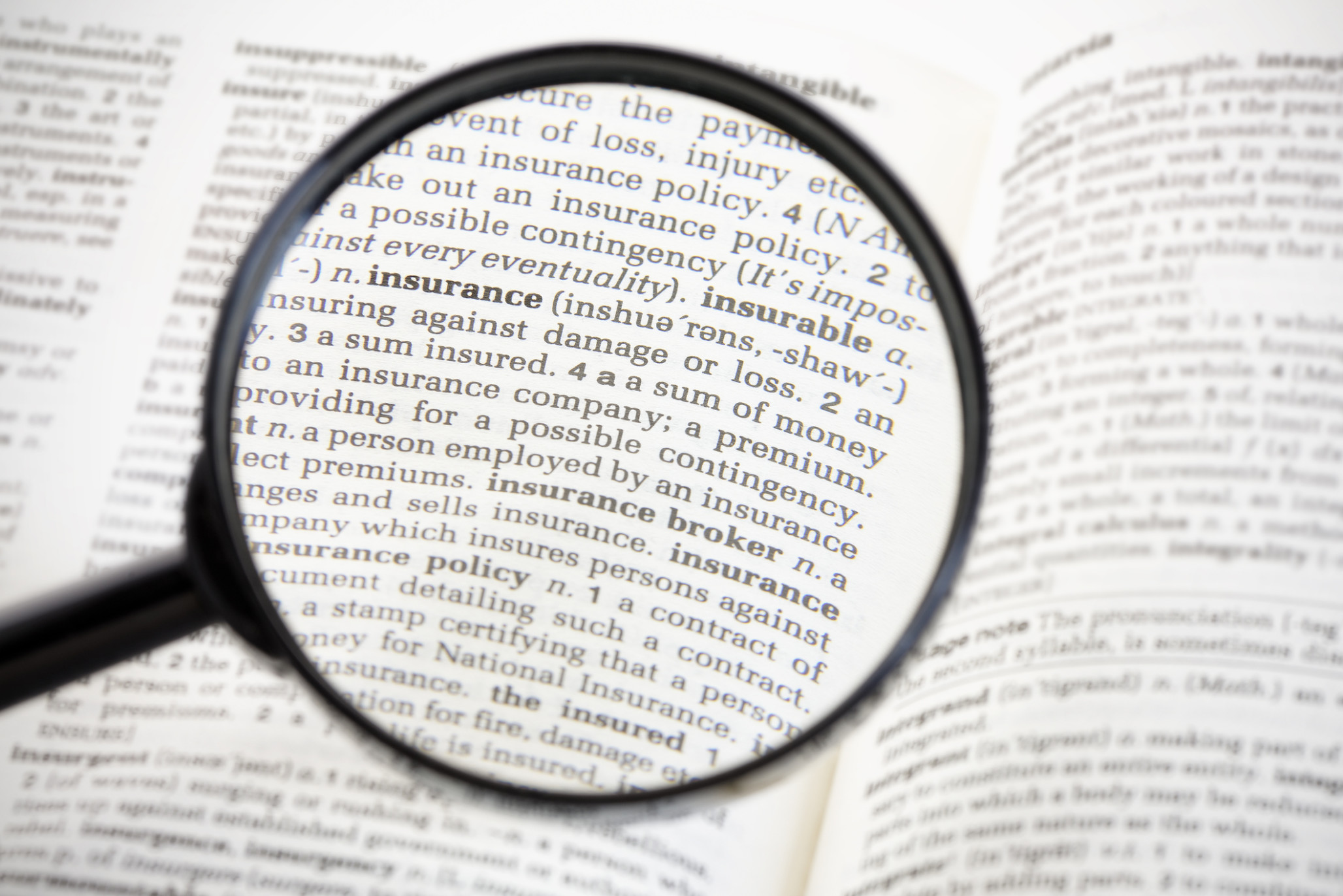 A Guide To Understanding Insurance Terminology

Applying for insurance can often be difficult enough as it is, thanks to the massive variety of them, and the different benefits they each offer. However, equally as difficult as finding the perfect insurance policy is understanding some of the specialized terminology used in the insurance world.

Such terminology is used often to describe specific policies, and without understanding them properly it can be very risky to apply for an insurance policy. As such, you are probably here because you want to know what some of these highly-specific terms refer to. If so, look no further than right here, because we are going to look into some of the most common terminologies that trip many people up when it comes to insurance.

In order for insurance to be rendered in effect, a premium must be paid by the insurance claimer.

Loss refers to general damages, be they accidental or intentional, to a property or vehicle that is covered by an insurance policy. Loss is basically a general term used to refer to all situations in which an insurance claim may be made, especially in regard to damaged property.

What is a “Loss History”?

When you apply for an insurance policy, the insurance company will need to take a look at the number of losses that have occurred to your property in the past, in order to ensure that it is sensible to cover you.

Put simply, a ‘claim’, in the context of insurance, refers to the act of applying for the compensation that is offered by an insurance policy. Such an application would usually be made directly after a loss had been suffered, such as a house fire, or a car accident.

To be negligent within the context of insurance refers to failing to exercise a level of care that would be expected of a reasonable person in similar circumstances for the things that are covered by your insurance policy. Let’s say you had insurance for your business in the event someone injures themselves while in your store. If a customer is injured from slipping on a puddle of water that you spilled and chose not to clean up, it would likely be found that you were negligent, and thus your customer is likely to make a claim against your business’ insurance policy; or you would likely be found to be legally liable for the customer’s injuries.

The premium is basically a fancy word for the money that you pay in order to be covered by the insurance policy. In most cases, the premium will be significantly less than the value that can be paid out in the case that a claim is made.

Some states require that insurance companies offer ‘No-Fault’ policies. These basically require that the insurance company pays out their policyholders without considering potential fault in the event of a claim for such things as loss of income, medical expenses, or funeral costs. This can be a great benefit to look out for when applying for insurance for your home.

What is an “Appraisal”?

An appraisal refers to an estimate of the value of your property, so that the amount owed to you when you make a claim after, say, a house fire, will be proportional to the value of your home. This helps you to be sure that you will be fully compensated in the event of such a loss, but also that the insurance company will not pay out too much.

What is a “Deductible”?

What is a “Good Driver Discount”?

Some insurance companies may offer additional good driver discounts which allow ‘good drivers’ to achieve cheaper insurance policies. In order to be eligible for such a discount, you will need to prove that you have had a driver’s license for more than three years and that you have earned no more than 1 point on your license.

This is a great incentive for good driving.

The term ‘Agent’ in the case of insurance, refers to a person who is officially licensed to sell and provide insurance policies while representing the insurance company.

Policy refers to the written contract that contains all of the important information regarding the insurance that is offered to the applicant. Also known as an insurance policy.

The maximum amount that a specific policy will pay. Can be impacted by the premium of the policy or the insurance history of the policyholder.

What is “Replacement Cost”?

This can also be used to help the insurance company to decide on a price for the policy, by ensuring that it is fair and representative of the risk the policyholder could present.

What is the “Marketplace”?

The ‘Marketplace’ with regards to insurance, refers to a place where individuals can shop through various insurance plans. These marketplaces are great because they force insurance companies to offer competitive prices to attract your attention.

We hope that this has proven useful and that you now feel much better equipped to take on the challenges that the world of insurance can throw at you.