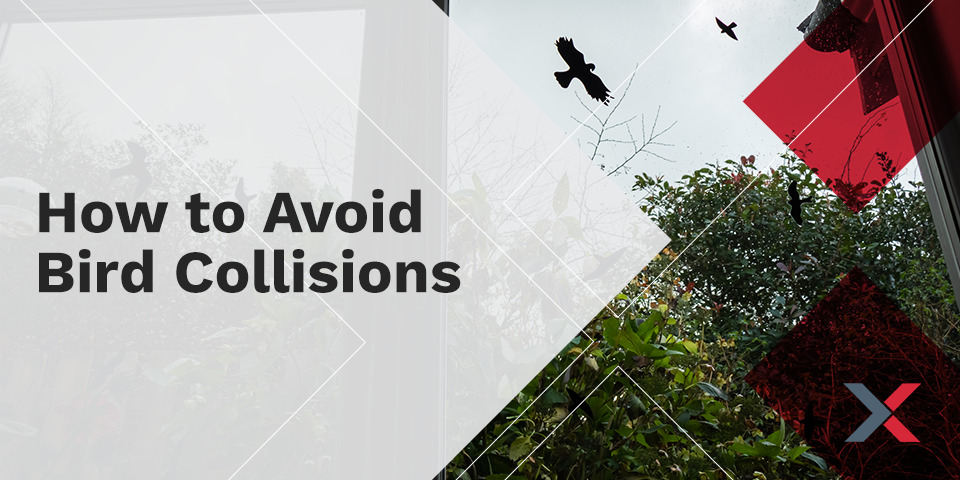 How to Avoid Bird Collisions

Airplane and bird collisions may not be a daily occurrence, but bird strikes can still pose a serious threat to air safety.

According to the Federal Aviation Administration (FAA), over 10,000 bird and wildlife strikes have been reported each year since 2012. As airplane usage increases and the number of alternative habitats decreases, airports must counteract these factors with closer monitoring, greater awareness, and more targeted action.

Airlines must learn how to avoid bird collisions and prevent the consequences effectively.

Consequences of an Airplane and Bird Collision

Because airports exist so close to wildlife, bird collisions usually occur during takeoff and landing when airplanes are either low altitude or on the ground. In some cases, bird strikes can have significant safety and economic consequences.

Since 1988, bird and wildlife strikes have resulted in the death of more than 290 people worldwide. The reported costs for civil and military aircraft in the USA alone have totaled more than $900 million. Bird strikes usually cause the most damage to the wing or engines, though all areas can take damage.

The effect of bird strikes on aircraft generally depends on the plane’s size and the size of the bird. A large impact can cause significant damage and operational issues. Depending on the circumstances, the collision can shut down jet engines or prevent the pilot from regaining total aircraft control.

Tips to Avoid Bird Collisions When Flying a Plane

Three Ways Airports Can Manage the Risk of Avian Collision

While there are several ways to prevent bird strikes, pilots should not rely entirely on visibility, time of day or onboard weather radar to manage the risk. Airports must instead increase awareness among all crew members with more targeted airport bird control methods. 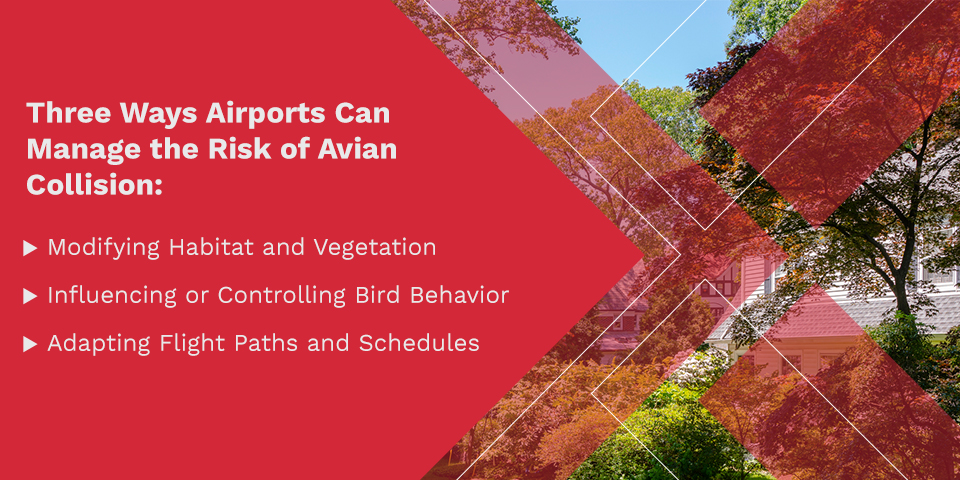 Airport grounds are an attractive habitat for many birds. Once they understand the desirable elements of the habitat, airports can choose modifications that make the environment less attractive to bird species. Controlling attractants is essential for effective wildlife management.

Establish longer-term strategies that will discourage feeding, foraging, grazing, nesting and roosting. Limiting the attractants for specific species may include clearing out attractive nesting sites or removing food sources for the birds. When grass heights are between six and eight inches, birds are less likely to settle in the airfield. Eliminate desirable vegetation like seed-bearing plants and choose unpalatable grasses instead.

Habitat modifications can even extend to different factors within the food chain, such as the insects, rodents and invertebrates that live in the environment. Other ways to deter birds from nesting and feeding on airport grounds include:

Airports may also need to modify water sources and land usage in the vicinity. Establish initiatives to manage biodiversity in surrounding areas so that birds look to reside elsewhere.

A bird deflector system for jet engines can help deter specific species from settling on the runway. Bird distress calls are an effective method for any airport bird strike prevention system. Speakers mounted on a car can blast the distress signals of up to 20 different species, influencing and controlling bird behavior. When the birds hear their distress call, they will generally disperse from the airport grounds.

Other methods that airports use to deter birds include:

With authorization, an airport may need to capture and relocate birds. Extreme cases can even lead to culling, though this method should be a last resort.

In the event of known or anticipated bird activity near the runway, crew members should consider modifying flight operations. Reports of large birds or flocks of birds may cause airports to adapt flight paths and schedules until appropriate action has been taken.

If fuel permits, airports can advise pilots to delay takeoff or landing in the presence of bird activity. Use trained spotters to locate large birds or flocks on the airfield before planes pass through. These spotters can direct pilots to unobstructed runways as needed.

Protect Your Assets With Pilot Insurance

While most bird and airplane collisions don’t cause significant problems, any damage to the aircraft’s engine can be costly. Between birds, drones, the weather, human mistakes, mechanical breakdowns and the other myriad of hazards that pilots face, it is essential to consider your physical and financial safety.

Purchase customized pilot liability insurance and protect yourself in areas that other policies can’t cover. Whether you fly commercially or work as a private flight instructor, bird strikes can impact any aircraft at any time. Contact XINSURANCE for more information about pilot insurance coverage today. 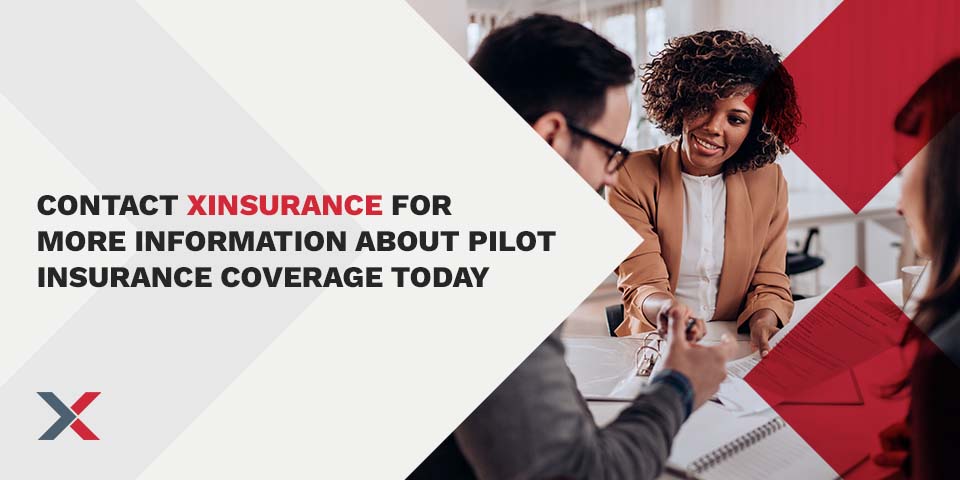 Reviewed by Rick Lindsey, President, Chairman, and CEO of XINSURANCE

Rick Lindsey hails from Salt Lake City, Utah. He began working in the mailroom of his father’s Salt Lake City insurance firm, getting his introduction to the business that became his lifelong career. Lindsey quickly rose through the ranks while working in nearly every imaginable insurance industry job. As an entrepreneur, specialty lines underwriter, claims specialist, risk manager, and a licensed surplus lines broker, Rick Lindsey is highly skilled in all levels of leadership and execution. As he progressed on his career path, Rick discovered an urgent need for insurers willing to write policies for high-risk individuals and businesses. He was frequently frustrated that he could not provide the liability protection these entities desperately needed to safeguard their assets. He also formed the belief that insurance companies acted too quickly to settle frivolous claims. Lindsey decided to try a different approach. He started an insurance company and became the newly formed entity’s CEO. This opportunity has enabled Rick to fill a void in the market and provide a valuable service to businesses, individuals, and insurance agents who write high-risk business. XINSURANCE also specializes in helping individuals and businesses who live a lifestyle or participate in activities that make them difficult for traditional carriers to insure. If you’ve been denied, non-renewed, or canceled coverage, don’t give up quite yet. Chances are XINSURANCE can help.